A team of experts who will work in partnership with victims and survivors of Mother and Baby and Magdalene Laundry Institutions to establish the terms of reference for a fully independent investigation has been announced.

The appointments follow the announcement by the Northern Ireland Executive in January of its intention to establish a victim-centred independent investigation into the operation of the historical institutions between 1922 and 1990 – the date the last institution in Northern Ireland closed its doors. The Executive also decided that the investigation would be designed jointly with victims and survivors over a period of six months.

The Department of Health has also announced details of a dedicated phone line 0300 0200 789 and website to enable victims and survivors of the institutions to participate.

Anyone with a connection with the institutions can become involved. Information of how to take part is available on the NI Direct website.

Information on a range of supports available can also be accessed on the website.

Speaking about the appointments, the Health Minister, Robin Swann, said: “I am delighted to announce the appointment of Deirdre Mahon, Professor Phil Scraton and Dr. Maeve O’Rourke to work with victims and survivors to establish the terms of reference for an independent investigation into Mother and Baby and Magdalene Laundry institutions in Northern Ireland. I have asked the team to start its work immediately and to report within the six month timeframe set by the Executive for this work.”

First Minister Arlene Foster said: “The many women and children who were victims of shocking ill-treatment and abuse in Mother and Baby Homes and Magdalene Laundries have had to wait far too long for their voices to be heard. The appointment of this team of experts to work with victims and survivors in shaping the independent investigation is another welcome step forward in the long fight to break the silence around their suffering.

“All three individuals bring a wealth of experience and expertise in this area and I am confident that, through a process of engagement and working side by side with victims and survivors, the team will be able to shape an investigation that will have their confidence and deliver the truth and justice they deserve.”

Deputy First Minister Michelle O’Neill said: “The harrowing stories of the many women and children who suffered abuse in Mother and Baby Homes and Magdalene Laundries are truly heartbreaking. They were treated appallingly by these institutions and failed on every level.

“This is another significant step towards finally securing justice for the victims and survivors of this abuse, and it is vital that they are at the heart of the co-design process.

“I would encourage all victims and survivors to come forward and to make their voices heard so that the team of experts can set about shining a light on this dark and shameful period in our history.”

Judith Gillespie, the independent chair of the inter-departmental working group, which had oversight of research by Queen’s University and Ulster University into the historical institutions and made recommendations to the Northern Ireland Executive based on that research, also welcomed the appointments: “This is another important step for victims and survivors of Mother and Baby and Magdalene Laundry institutions. For too long their voices have not been heard and the co-design process will be fundamental to addressing that.”

Co-design Team. The three members of the co-design team are:

Deirdre Mahon is the Director of Women and Children’s Services and the Executive Director of Social Work in the Western Health and Social Services Trust in Northern Ireland. She is a qualified and experienced Social Worker/Youth and Community worker and is passionate in ensuring that the voices of service users are heard, understood and are central to the development and delivery of services.

Throughout her 35 years career in public services, Deirdre has maintained her practice in both community and front line social work services.  Deirdre has had extensive experience in both direct work with service users, and management and development of staff. She has developed and led on many innovative practices and leadership initiatives including leading on the development and implementation of the ‘Signs of Safety’, framework in Northern Ireland, which emphasises, ‘Nothing about Families, without Families’. Her expertise and guidance is much sought after, regionally/nationally and internationally, including, England, Scotland,  Republic of Ireland, Europe, North America, Gibraltar, Australia  and the Middle East.

She has trained High Court judges, barristers, social workers, teachers and social care staff in this approach. Deirdre has been a driving force in ensuring trauma informed practice is rolled out in N. Ireland, creating awareness of the impact that Adverse Childhood Experiences can have on children and adults. She chairs a North/South, European funded, MACE (Multiple Adverse Childhood Experiences) project, which is working with local communities to identify need and development of services.

Deirdre chairs the Western Outcomes group which is an interagency partnership, including, representatives from three council areas, Education Authority, PSNI, Department for Communities, a number of community and voluntary  agencies and local people to influence and develop services at grass root levels to ensure local services for local children. She also chairs the Western Domestic and Sexual Violence interagency partnership and the regional SBNI Child Protection Subgroup.  She is a member of the recently formed Adult Safeguarding Transformation board, which is considering and consulting on changes to legislation to ensure the protection of vulnerable adults.

Deirdre is a practice assessor for the post graduate child care award and is a guest lecturer at Queens University Belfast and the University of Ulster. She is also a fellow of the Institute of Management.

Deirdre is a professionally qualified Executive and Team Coach and coaches both locally and internationally.

Professor Scraton has held visiting professorships at Amherst College, USA, the Universities of Auckland, Monash, New South Wales and Sydney.  Widely published on critical theory, incarceration and children/young people his books include: In the Arms of the Law – Coroners’ Inquests and Deaths in Custody; Prisons Under Protest ‘Childhood’ in ‘Crisis’?; Hillsborough The Truth; Power, Conflict and Criminalisation; The Incarceration of Women; Women’s Imprisonment and the Case for Abolition.  Co-author of reports for the Northern Ireland Commissioner for Children and Young People (Children’s Rights) and the Northern Ireland Human Rights Commission (Women in Prison).

Member of the Liberty Advisory Committee on deaths in custody, Professor Scraton led the Hillsborough Independent Panel’s research team and was principal author of its ground-breaking 2012 Report, Hillsborough.  Seconded to families’ legal teams throughout the 2014-2016 inquests, in 2016 Professor Scraton published a revised edition of Hillsborough: The Truth.  Consultant on, and contributor to, the 2017 BAFTA winning ESPN/BBC documentary Hillsborough, Professor Scraton holds a Leverhulme Fellowship addressing the unique work of the Hillsborough Independent Panel and the legal processes that followed.  In 2018 at the University of Sydney he co-convened community-based research programme on coroners’ inquests into deaths in custody and during arrest.  Currently lead investigator for the Irish Council of Civil Liberties’ research project Deaths in Contested Circumstances and Coroners’ Inquests.

Having refused an OBE, Professor Scrtaon was awarded the Freedom of the City of Liverpool in recognition of his Hillsborough research.

Dr O’Rourke is also a practising barrister and tenant of 33 Bedford Row, London, and a registered Attorney at Law (NY).  Prior to joining NUI Galway in 2019, Dr O’Rourke was Senior Research and Policy Officer for the Irish Council for Civil Liberties, and previously worked as a Consultant to the United Nations Special Rapporteur on Torture and as an employed barrister for Leigh Day Solicitors (International and Group Claims Department).  Dr O’Rourke’s academic research and writing focuses on the rule against torture and ill-treatment, and on accountability and reparation for gross and systematic human rights violations in social ‘care’ contexts.  Since 2010, Dr O’Rourke has provided pro bono legal research and advocacy assistance to the ‘Justice for Magdalenes’ group (now JFM Research, www.jfmresearch.com), playing an instrumental role in bringing about the Irish State’s apology to and redress scheme for Magdalene Laundries survivors.  Dr O’Rourke continues to work with Magdalene Laundries survivors towards obtaining all elements of the promised redress scheme.

In 2015 with Claire McGettrick, co-founder of JFM Research and Adoption Rights Alliance, Dr O’Rourke established an initiative with global law firm, Hogan Lovells International LLP, entitled the ‘Clann Project’ (www.clannproject.org) The ‘Clann Project’ has assisted over 80 individuals to provide written witness statements to the Mother and Baby Homes Commission of Investigation, has published extensive legal analysis of the human rights issues raised by Ireland’s 20th century system of family separation and its continuing effects, and continues to build a publicly accessible archive for accountability, education and memorialisation purposes. 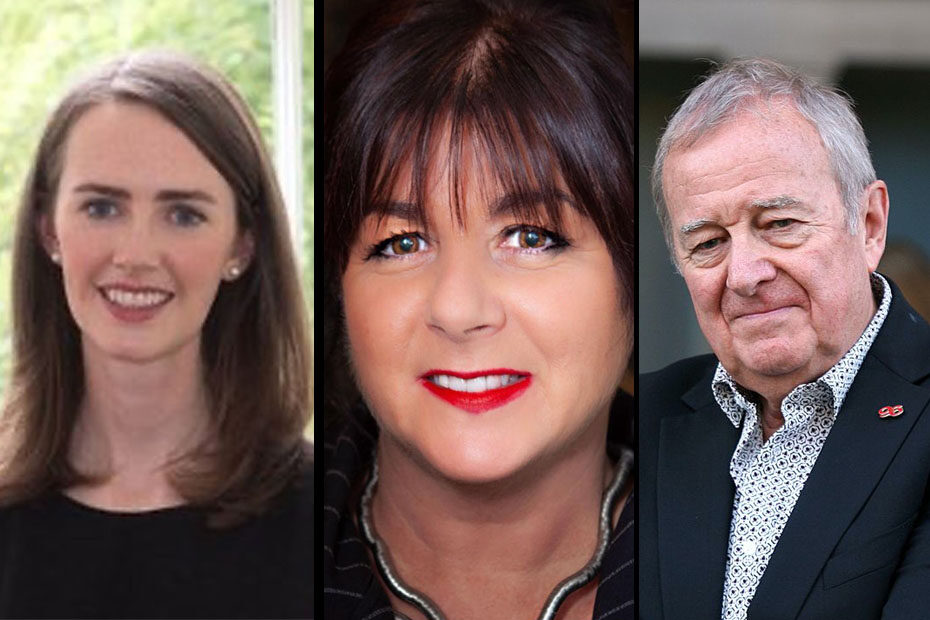