Home » News » Telling It Like It Is: Writing the Voices of Others with Phil Scraton

Telling It Like It Is: Writing the Voices of Others with Phil Scraton

When Margaretta D’Arcy left Armagh Jail in 1980 having served three months for refusing to pay a fine for taking part in a demonstration Irish Republican women prisoners asked her to ‘Tell Them Everything’. She wrote the Pluto bestseller of the same name and the World became aware of the deprivations, cruelties and inhumanity inflicted on women in the jail.

Forty years later, based on the accounts of men and women ex-prisoners, Phil Scraton edited ‘I Am Sir, You Are A Number’, the Report of the Independent Panel of Inquiry into the Circumstances of the H-Block and Armagh Prison Protests 1976-1981. In 2021 he co-authored the ICCL Report on ‘Death Investigation and the Rights of the Bereaved’ voicing the experiences of families enduring Irish State inquests into contested deaths. Derived in three decades’ interventionist research with and within communities, including prisons, this talk focuses on bearing witness, recording testimonies and recovering truth; particularly the responsibility of critical authors in affirming and publishing the voices of those silenced by powerful institutions.

Phil Scraton PhD, DLaws (Hon), DPhil (Hon) is Professor Emeritus, School of Law, Queen’s University Belfast. He has held several international visiting professorships. Widely published on critical theory, incarceration and children/ young people his books include: In the Arms of the Law – Coroners’ Inquests and Deaths in Custody; Prisons Under Protest; ‘Childhood’ in ‘Crisis’?; Hillsborough The Truth; Power, Conflict and Criminalisation; The Incarceration of Women; Women’s Imprisonment and the Case for Abolition.

Co-author of reports for the NI Commissioner for Children and Young People (Children’s Rights) and the NI Human Rights Commission (Women in Prison), he was a member of the Liberty Advisory Committee on deaths in custody. He led the Hillsborough Independent Panel’s research team, was principal author of its 2012 Report, Hillsborough and was seconded to the families’ legal teams throughout the 2014-2016 inquests. Consultant on, and contributor to, the 2017 BAFTA winning ESPN/BBC documentary Hillsborough, he holds a Leverhulme Fellowship addressing the unique work of the Panel and the legal processes that followed. In 2018 he co-convened a community-based international research programme at Sydney University deaths in custody and during arrest. He was a member of the JUSTICE Working Party into inquests and public inquiries: When Things Go Wrong: The Response of the Justice System (2020).

He co-authored ‘I Am Sir: You Are A Number’: The Report of the Independent Panel of Inquiry into the Circumstances of the H-Block and Armagh Prison Protests 1976-1981 (2020) and the Irish Council of Civil Liberties study Death Investigation, Coroners’ Inquests and the Rights of the Bereaved (2021). Having refused an OBE, he was awarded the Freedom of the City of Liverpool in recognition of his Hillsborough research. 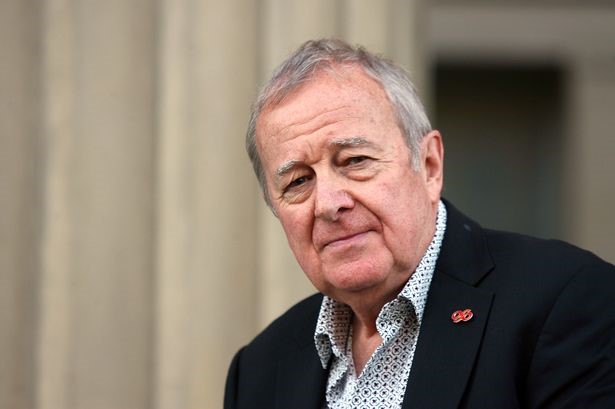